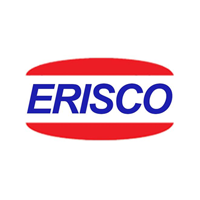 In its resolve to contribute towards salvaging the nation’s economy and attempt to create jobs in Nigeria, Erisco Foods limited has unveiled new improved products.
The President of Erisco foods, Chief Eric Umeofia made this disclosure that the company has consistently been a front runner for the made in Nigeria philosophy without regrets and has developed innovative products using locally sourced raw materials to tenaciously and sustainably grow Nigeria’s economy.
“The ripple effect of sourcing our raw materials locally is that our farmers will be empowered, jobs will be created and ultimately, our
economy will be industrialised.”
He emphasized that these products were creatively designed and produced to curb the incessant health complications experienced by Nigerians as a result of indiscriminate consumption of substandard tomato paste imported into the country from China.
Erisco boss noted that Nigeria imports 75 percent of the tomatoes consumed in the world while locally harvested fresh tomatoes rots away in the farmsteads annually due to the fact that there was no means of making use of them industrially consequently making the farmers poorer than expected.
He commended the federal government for taking bold step to ban imported tomato paste from China which NAFDAC has confirmed in their report that 91.8 percent of them are fake and substandard.
He however regretted that the system is yet to implement the policyone year after, “The importers even boasted that the implementation of the tomato policy will never see the light of the day and it is obvious they are having their way without any hinderance whatsoever while genuine manufacturers are struggling with pains to remain in business”.